Are you more of a low-key type with a scrimmage weapon or tactician fin, luring zombies into a place with guns? The scrimmage weapon remains a reliable weapon as long as the Zombies remain in small numbers and you are in great physical shape.
☰ 1.1 List of Weapons of melee

When you press your shot, the damage is multiplied when you release your shot and the bar is full. 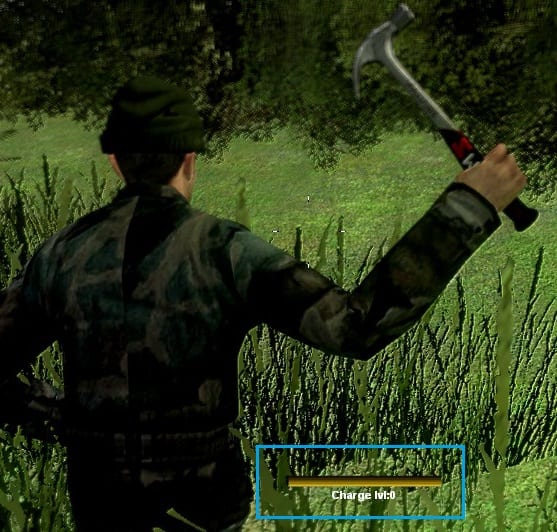 Watch out for the noise, the handgun allows the flashlight to be carried and to illuminate where one is aiming.
☰ 2.1 List of handguns

When you press R(Reload) you have a menu that appears, this is where you can switch between the automatic mode, the semi-automatic mode, empty the charger, Put a silencer, activate the laser aiming, unfold the beep.
To reload your weapon quickly press the r key. 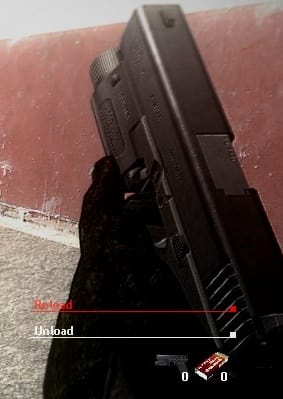 Be careful of the noise, primary weapons are made for big excursions in dangerous areas and to make big damage, finally if have the ammunition that goes with it. It is difficult to hold the flashlight at the same time as a two-handed weapon. So lighting is not easy. Prefer cooperation : one that illuminates and the other that aims and shoots.
☰ 3.1 List of primary weapons

When you press 'reload' you have a menu that appears, this is where you can switch between the automatic mode, the semi-automatic mode, empty the load, Put a silencer,activate the laser aiming, unfold the beep. 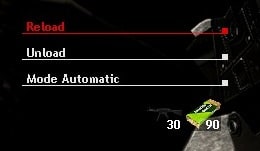 Finding a weapon is one thing, but with the right ammunition it is another, in Zworld-Afterlife, you can find different types of ammunition listed below.
☰ Ammunition list

Throw weapons they're pretty varied that there are for everyone.
☰ 5.1 List of launch weapons